It Never Gets Boring (to Me) 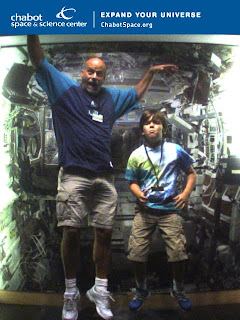 As I’ve mentioned here before, my writing life follows a school schedule.  And summer means sailing.  This year was no different.  A review of the Captain’s Log reminds me of our various adventures.  An overnighter to with a buddy and his son for some exploring and a rare driftwood beach fire (allowed on only a few islands these days).  Several stays in , where the swimming pool at the resort has orcas painted on the bottom and sides so that as you approach the end of the pool, swimming underwater, you find yourself coming face to face with a just-less than-life-sized whale!  Fourth of July at , on , which boasts the “largest public-funded fireworks show west of the ” (they’re not lying).  Also, I am happy to report that the ice cream shop and used bookstore in remain the best two such establishments I have ever visited.

We mixed it up a bit this year, too, spending a week in visiting family friends.  The trip to the planetarium in the hills above was a highlight, along with an afternoon at a fabulous park where we rode on a miniature steam-engine train and were introduced to geocaching, “a treasure hunting game where you use a to hide and seek containers with other participants in the activity.”  What a great idea and an awesome activity to do with kids!  We found two containers at the park, including one that held a Star Wars action figure; after that discovery, my son was hooked.  I had no idea something like this was going on (Google it and you might be amazed, too, if you’re not already hip to it).

Although I knew I’d be away from home a lot during the last two months, I set a goal of finishing two ongoing projects.  Did I accomplish them?  Sadly, I did not.  I managed to sneak in a day or two of work, here and there, but my “summer goal” now becomes, by default, my “fall goal.”  That’s all right: I recharged my creative batteries and spent quality time with good people, living our own stories.

With school back in session, the days growing shorter, and a drizzly gray Northwest winter approaching, the time is right to get back to work . . . .

Sounds like a great summer full of fun stuff! I love the photo:) I have no doubt you will reach your fall goals.

What a great photo, Mark! And your sailing adventures this summer sound like a very filled well to start off your fall writing- goals. Have you read the Swallows and Amazons series by Arthur Ransome? If you haven't, you must! And if you have, you know why I ask.

Yes, Lauren, I have read the first book and also Peter Duck. A few others sit on my to-read shelf. Great kid-friendly adventures from "a simpler time."

Sounds like lots of research for upcoming projects, Mark. Good luck with your fall goals as you make the transition from a full summer.

Mark, I love that ice cream store in Friday Harbor! It's fun for me imagining all the places you describe. I agree with John; this was surely a summer living great stories you can draw from in your writing.

Mark, I am envious of this adventurous life you lead! I have no doubt you'll get back to your writing, all the richer for your adventures.

It sounds like you are leading a very rich, well-lived life, Mark, and that's a pretty darn good goal to be achieving.

I've been fascinated by geocaching for years (I used to do orienteering, which is similar, but only uses a map and a compass). Some of the state parks in Minnesota allow you to borrow a GPS and try geocaching in the park - that's one of my goals.