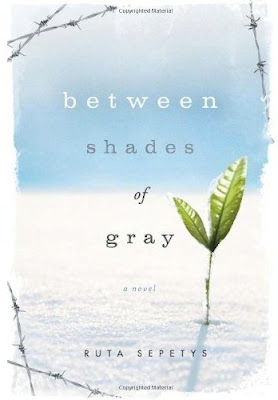 My book recommendation is the recent Golden Kite award-winning YA novel Between Shades of Gray by Ruta Sepetys. This book is another gripping tale in the same vein as David's recommendation, Breaking Stalin's Nose. It's set in 1941 when the communists have taken over the country of Lithuania, in particular, but also Latvia and Estonia, and have imprisoned many of the men/fathers/husbands and sent the women and children to desolate work camps in Siberia. Though it is a harsh and brutal story, it is also infused with love, courage, and hope. I was especially intrigued because my aunt (married to my mother's brother) grew up in just such a work camp before her Latvian family managed to emigrate to the United States. Here's a link to the video interview with author Ruta Sepetys: http://www.youtube.com/watch?v=GPiQ_LuKtDE/.

And in this post, I'd like to include a few photos from my recent trip through Kentucky and North Carolina. I'm still waiting for photos of me with the amazing Beulah Campbell, my former children's literature professor, but here are some from the culmination of the Family Reading Project at Hardin Park School in Boone, North Carolina. It was a wonderful evening spent with 5th and 6th grade students and their families and two terrific librarians, Candice Trexler and Amy Hiatt! 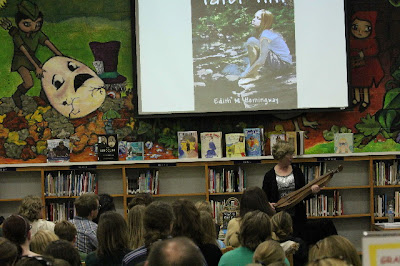 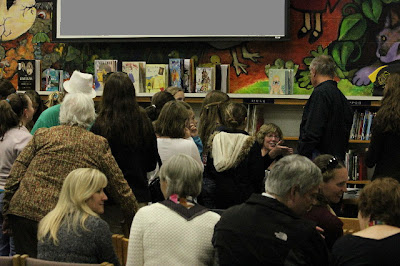 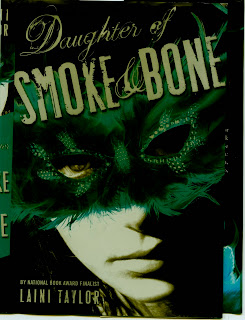 National Book Award Finalist, Laini Taylor, has written another magnificent fantasy for young adults. I enjoyed the stories in Lips Touch: Three Times, but if you can believe it, Daughter of Smoke & Bone  is even better.

The question "Who am I?" haunts Karou. The seventeen-year-old art student sometimes has to leave school to run errands for Brimstone, who has raised her. She enters portals and goes all over the world, bringing back teeth to him. What does he do with so many teeth? Then black handprints begin to appear on those doorways. If a portal opens, she finds herself still in Prague, where she lives.  It is in Prague where she meets her angel.  True love succeeds, but horrible news calls for a sequel.

For Taylor, every word counts because each word she writes is a fine gem.
Posted by Carmen at 2:17 PM 5 comments: 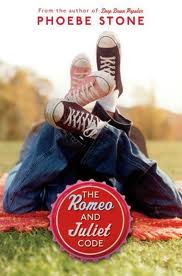 For this round of posts we are mentioning a favorite book that we've read recently. I've chosen three.

The first is THE ROMEO AND JULIET CODE by Phoebe Stone. Don't be turned off by the misleading cover. This is not a tween romance novel. Instead, it's a beautifully written middle grade novel set during the beginning of World War II. 11-year-old Felicity Bathburn Budwig is sent from London to live with her relatives on the coast of Maine while her parents are off to...well, she doesn't know where. The book is filled with mysteries and interesting characters and a vivid setting. I looked forward to reading it every night. 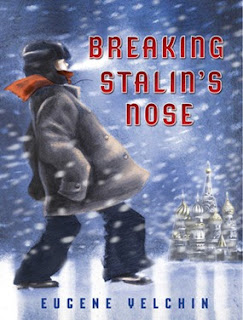 My second recommendation comes from my dear friend and school librarian extraordinaire, Julie Reimer. Even though BREAKING STALIN'S NOSE by Eugene Velchin won the Newbery Honor Award, without Julie's recommendation, I would have never picked it up. Historical fiction set during communist Russia? No thank you. But I read this gripping tale in one night. This short middle grade novel portrays a young school boy who learns that the government he has put complete faith in is not at all what he was led to believe. This powerful story taught me a lot about a period in which I was ignorant. 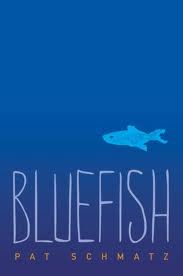 And my final recommendation is BLUEFISH by Pat Schmatz. Travis is a 13-year-old who has gone through school without learning to read. With the help of a flamboyant girl named Velveeta (who has secrets of her own) and a dedicated teacher, things start to change. I found the story very moving, especially Travis' grieving for his lost hound dog. BLUEFISH has rightly won a number of awards, including our region's SCBWI Crystal Kite Award.

I actually got this happy news last week before the other news, and can announce it today. My YA novel The Compound has won the 2011 Nebraska Golden Sower Award. Here are all the winners and runners-up for the three ages.
http://www.goldensower.org/index.htm

So I'll be heading to Omaha in October to collect the award at the state library conference.
Posted by Stephanie at 6:41 AM 6 comments: