Our Lady of Guadalupe Day 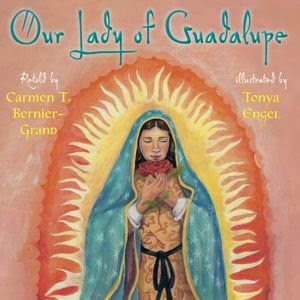 Today is Día de la Virgen de Guadalupe. May all of you be showered with book miracles.DD
Posted by Carmen at 10:55 AM 5 comments:

For me, 2013 will be the year of having three new picture books published, including
How Martha Saved Her Parents from Green Beans...
Arlo's ART-rageous Adventure!
(the first book I both wrote and illustrated) and Moo!
My own writing and illustrating seemed to get pushed aside too often. If I want to celebrate future books, I need to take a lesson from Stephanine and ramp up my productivity in 2014!
Posted by David LaRochelle at 8:35 PM 3 comments:

For me, 2013 was a little crazy on the personal side, with a move from Oregon back to the Midwest. The relocation is still a bit of a nightmare, but it is fun to think about the highlights of the year where the writing is concerned. Here we go, a countdown:

5. My first-ever book tour for The Fallout. The Fierce Reads tour sent me to eight cities in nine days and I had such a great time getting to know the other Macmillan authors and meeting avid readers at every stop. Here I am at the Austin Teen Book Fest. 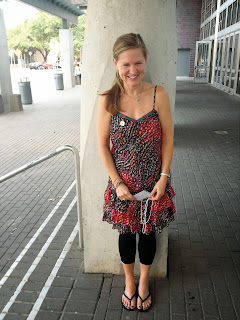 4. Receiving the ARCs of my middle grade novel Shipwreck Island, the first in my four book series. 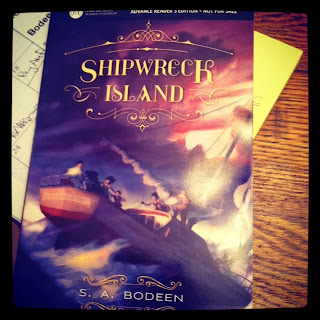 3. I got to see some of the Spuds this year! John and Christy at ALA, and David at The Red Balloon. I am so excited for 2014, and the first ever All Spud Retreat.

2. I wanted to be more productive in 2013. I wrote five entire novels this year (2 MG, 3 YA). Not including all the revisions, I estimate that I wrote about 240,000 words. Three of those novels are under contract, two aren't yet. Fingers crossed.

1. Two days ago, I signed contracts for my ninth and tenth novels with Feiwel and Friends/Macmillan. The first is my YA novel The Detour. I drafted it last month, during National Novel Writing Month, and it will hit shelves Fall 2015. Which will be here before we know it... 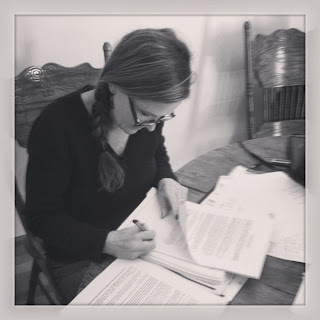