One quote of two words 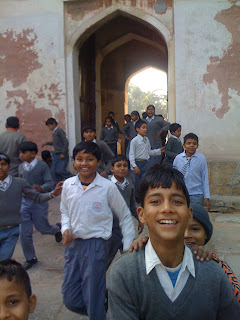 One quote that grew to three . . . betsy woods

"What is it you plan to do with your one wild and precious life?" --Mary Olivier

"Love is the absence of judgement." --Dalai Lama XIV
Posted by betsy woods at 6:48 PM 4 comments:

I have favorite quotes in files and favorite quotes on the walls of my studio, in notebooks and sketchbooks. I yearn to collect them all in one place, especially when I am about to lead a workshop or a class and I want to offer some of them as inspiration or to press a point with more authority than just my own words.

This morning the first quote I offer, I came across a couple of weeks ago and it feels very timely. The second one I have taped to my studio wall and sticky-noted on my computer. I don't know who said it, but a friend sent it to me when I was doubting my writing capabilities and it helps. The third is absolutely true and inspires me every time I read it!

“Stop thinking this is all there is…. Realize that for every ongoing war and religious outrage and environmental devastation and bogus Iraq attack plan, there are a thousand counter-balancing acts of staggering generosity and humanity and art and beauty happening all over the world, right now, on a breathtaking scale, from flowerbox to cathedral…. Resist the temptation to drown in fatalism, to shake your head and sigh and just throw in the karmic towel…. Realize that this is the perfect moment to change the energy of the world, to step right up and crank your personal volume; right when it all seems dark and bitter and offensive and acrimonious and conflicted and bilious… there’s your opening. Remember magic. And finally, believe you are part of a groundswell, a resistance, a seemingly small but actually very, very large impending karmic overhaul, a great shift, the beginning of something important and potent and unstoppable.” --Mark Morford, columnist and culture critic for the San Francisco Chronicle

Just give yourself over to setting stories in motion –

you will soon know which stories

which stories demand to be finished.

"You must write for children in the same way as you do for adults, only better." - Maxim Gorky

Pick a Quote, Any Quote

Rather than have any particular quotes to serve as inspiration, I tend to seek out new quotes depending on what I "need" to "remember" at a particular moment in time. So here are a few I have recently found helpful:

"I'm not a very good writer, but I'm an excellent rewriter." James Michener

"Books are never finished. They are merely abandoned." Oscar Wilde

"I believe more in the scissors than I do in the pencil." Truman Capote

"We have to continually be jumping off cliffs and developing our wings on the way down." Kurt Vonnegut

And one final quote that seems like very good advice indeed:

"Trust in what you love, continue to do it, and it will take you where you need to go." (written on a paper weight on my desk)

"Chance is always powerful. Let your hook be always cast; in the pool where you least expect it, there will be a fish." Ovid

"Every blade of grass has its Angel that bends over it and whispers, 'Grow, grow.'" The Talmud

The last quote is my favorite. It's such a lovely visual.
Posted by Diane Adams at 9:25 AM 6 comments: