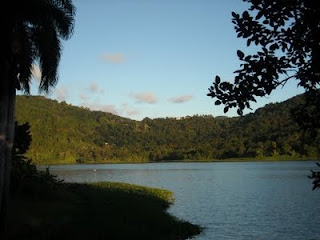 This has been a busy but interesting summer for me.

In May, when the rumors had just started about Judge Sotomayor's nomination to the Supreme Court, famous author Eric Kimmel told me to write a book about her. I dismissed the idea, until the nomination came a reality. My editor agreed and I began my research. Justice Sonia Sotomayor's story deserves a book--many books. But her mother's story also deserves to be in print. A Puerto Rican whose mother died when she was five and whose father abandoned his five children, Celina Sotomayor served in World War II, completed high school, became a widow, graduated as registered nurse, and raised two successful children. I can see why Justice Sotomayor is so proud of her mother.

In June, I went to the American Library Association Conference in Chicago with a first draft of the Justice's biography. Her hearings had not started yet, but deep inside my heart I knew she would be confirmed. At the ALA conference my editor and I edited the first draft. We also saw art that we loved. Thomas Gonzalez, illustrator of 13 Cows for America, is illustrating my book.

It was a good conference. I saw many friends and the Poetry Blast was a blast! Don't miss it next year.

So I was in Chicago. The distance between Chicago and Puerto Rico is shorter than from Oregon. I have contacted Sonia Sotomayor's brother, Dr. Juan Luis Sotomayor. But by the time I did, the White House had asked the family not to grant any more interviews. But the White House didn't say not to smell the smells and taste the food that Sonia enjoyed in Mayaguez, Puerto Rico. That I did on my days in Puerto Rico when there were no Senate hearings. In Mayaguez, I met Sonia Sotomayor's cousin, Tito Baez. What a nice man! Not only did he answered most of my questions, but he treated me to delicious quesitos. I'm sure Sonia likes them with cafe puya, no sugar no milk. But maybe just the latter because the Justice has diabetes.

I return to Oregon to take out the summer clothes in my suitcases and fill them with layers and layers of warmer clothes. It was in the high 90s in Puerto Rico; it was in the low 60s at Whidbey Island, WA. I teach at Northwest Institute of Literary Arts at Whidbey. Its MFA is a low-residency program, meaning that in August and January we meet at Whidbey for ten days each time and the rest of the semesters we work online. What I like about this program is that the students have to take courses in other genres. For Children/Young Adult this works well because learning to write poetry is helpful to write for C/YA and so is short fiction and non-fiction. The residencies have fantastic authors, agents, and editors. (You can sign for residency only) This time we had Simon and Schuster editor Allyn Johnston and poet Marvin Bell among others. This semester I am teaching Workshop, and I am sitting in a poetry class taught by Carolyne Wright. It's fabulous!

I am finally in Oregon...with less deer than at Whidbey but three that visit my yard daily. It's blue and sunny and pretty. I am happy to be home!
Posted by Carmen at 9:24 AM 6 comments: