The Next Big Thing Blog Tour


Ashley Wolff tagged me to be the next stop on The Next Big Thing Blog Tour. This tour provides a chance to get to know various children's book authors and illustrators through their blogs. Here at OnePotatoTen fellow members were also tagged, so we will devote a round to answering these ten questions.

1) What is the working title of your next book?
I have a few titles under development, but will use this post to discuss How Sophany Saved the Dance 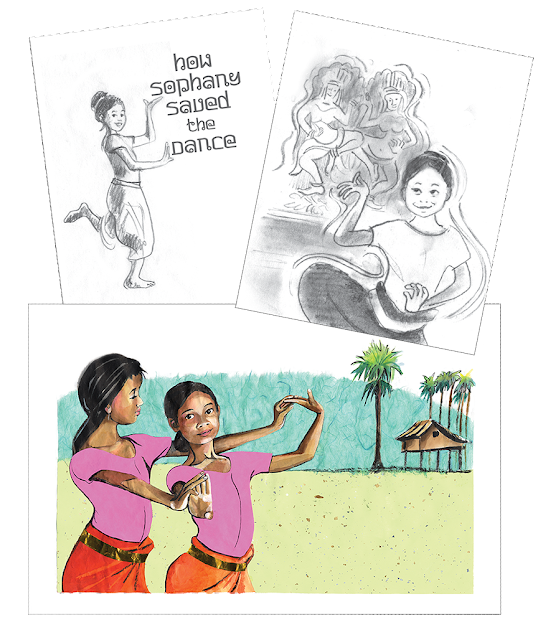 2) Where did the idea come from for the book?
The author, Daryn Reicherter, MD is a Psychiatrist and Clinical Associate Professor at Stanford University, School of Medicine. He is the Director of Cross Cultural Trauma Psychiatry at a refugee clinic in San Jose where he met and became friends with Sophany Bay, a Khmer Rouge survivor who immigrated to this country and started a Cambodian dance school in San Jose. 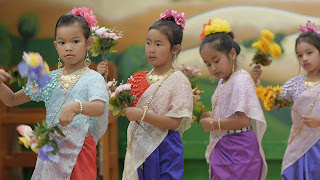 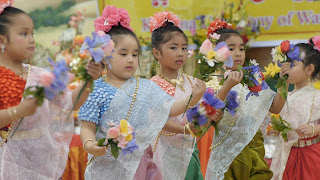 Daryn's wife, YA author Heidi R.Kling, was a member of my writer's group. She shared Daryn's picture book story and I was eager to give the story form. I enjoy researching other cultures. I used to enjoy folk dancing from many cultures and ballroom/social dancing. My daughter has been a dancer since she was three (jazz, tap, ballet, lyrical, hip hop) so I've watched many kinds of dance and have wanted to do a dance book. I created a sketch dummy and tried a few color studies combining collage of decorative papers and rice papers with watercolor and brush markers on sumi paper.

3) What genre does your book fall under? How Sophany Saved the Dance will be a picture book.

4) What actors would you choose to play the part of your characters in a movie rendition? I wish Sophany could play herself. She danced before the king of Cambodia in her early years. She still teaches but no longer performs. The movie rendition needs to honor the traditional dance form by starring an accomplished Khmer dancer.

5) What is the one-sentence synopsis of your book? How Sophany Saved the Dance is a true story of hope and resilience set between two cultures.

6) Who is publishing your book? Stay tuned!

7) How long did it take you to write (illustrate) the first draft of the manuscript? This was a "back burner" project that I have moved to the front burner. I have been researching and sketching on and off for a few years.

9) Who or what inspired you to write (illustrate) this book? I was inspired by Daryn's sensitive telling of Sophany's story. Daryn was inspired by Sophany's resilience and desire to preserve her culture and help her community.

10) What else about the book might pique the reader's interest? The Khmer Rouge trial is coming to a close. Sophany’s story was used in the international criminal court as evidence against the Khmer Rouge.

I am tagging my Stanford YA/MG writing teacher, Annemarie O'Brien who has her first book publishing soon.

The Next Big Thing 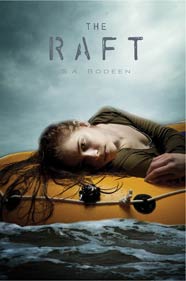 
The next book I have coming out is the paperback version of The Raft, my young adult novel that was released in hardcover in August.

2) Where did the idea come from for the book?


I spent about three years living out on Midway Island. To get there, we took a small turbo-prop plane, which took about five hours over nothing but ocean. I was always worried the thing would go down.
3) What genre does your book fall under? Young adult
4) What actors would you choose to play the part of your characters in a movie rendition?


Wow, well, there are basically two characters: 15-year-old Robie, and twenty-something Max. There are flashbacks to Max in high school, so an actor who could do younger and bit older. For the girl I could imagine someone like Elle Fanning or Abigail Breslin. For the guy, someone on the order of Taylor Lautner, who could look older or younger if needed. Dreaming here, of course: I would love to see the novel be a movie and there are any number of people who would be perfect for each part.
5) What is the one-sentence synopsis of your book?


Robie takes the flight to Midway, which crashes halfway there, leaving her in a raft in the middle of the ocean.
6) Who is publishing your book?


Feiwel and Friends, a Macmillan imprint
7) How long did it take you to write the first draft of the manuscript?


About a year, I think. It was painful, I didn’t think I was ever going to finish. But I always go through that stage with my books.
8)What other books would you compare this story to within your genre?


I had a friend tell me, “Hey! You’ve written a female Hatchet!” Not that I would dare put my book in the same category as Hatchet, but for fun we did start calling it Hatchette after that.


9) Who or what inspired you to write this book? My experiences on Midway contributed a lot to the story. I didn’t have to research the setting because I had lived it. All the flora and fauna and wildlife was second nature to write about.
10) What else about the book might pique the reader's interest?


The book is on the 2013 TAYSHAS high school reading list in Texas and was named a 2013 YALSA Quick Pick for Reluctant Readers.
Posted by Stephanie at 2:32 PM 4 comments: