Today is November 5th, 2008 and with yesterday's election results I am finding it very hard to concentrate on anything but the celebration of hope for my children, the environment, education, and our relationship to the world. Last night's speech from Grant Park was brilliant! I have not felt this hopeful about America for many, many years. And thinking back many, many years to when I was young and in the schools, there was no such thing as "Visiting Authors". The school librarian I remember was more concerned with clean and careful hands touching her books than in revealing the human being behind the story to our young and impressionable minds. She was so strict, I became afraid of books. Afraid of leaving a mark that might incur her wrath! Thus...
Posted by Lauren at 8:44 AM 6 comments:

Email ThisBlogThis!Share to TwitterShare to FacebookShare to Pinterest
Labels: All Grown up 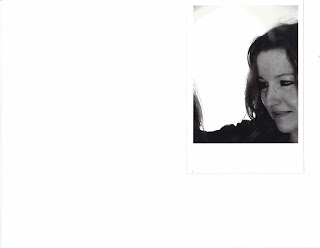 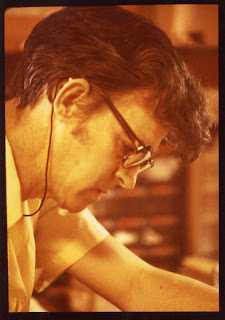 #1. I was introduced to my first author the day I was born. His name was Larry Callen and he wrote me a letter about the family I had just joined.

#2. Larry is my uncle, my mother's oldest brother. On childhood birthdays hence, he wrote me a letter. I loved his letters because they were typed and they arrived by post. That seemed special and noteworthy, I was drawn to them. And I liked how he addressed them to me.

A Lifetime of Inspiration

*When I was in third grade Wilson Rawls, author of Where the Red Ferns Grow, visited my school and talked about the process that had produced what was, at the time, my favorite book.

*In fifth grade, each student in my class had to write a letter to an author. I chose Donald Sobel, author of the Encyclopedia Brown series. He wrote back, answering my questions, and included a sticker that read: Encyclopedia Brown, America’s Sherlock Holmes in Sneakers.

*Several years later, after my family had moved to Fairbanks, I got an after school job at a small local newspaper, the All-Alaska Weekly. During my four years there I met numerous regional writers and also earned my first publication credits, writing Police Blotter blurbs.

*In college, I took my first writing class. As Hans Ostrom, my professor, read the attendance list on the first day of class, he said, “Mark Roughsedge: what a great writer’s name.” It sounded good to me!

*By the mid-Eighties I was back in the Seattle area and the Elliott Bay Book Company began advertising author readings. A friend and I went to see Roberta Smoodin – and we were the only two people to show up! The three of us sat at a table and talked writing for an hour.

*As this “author readings” idea became more popular, the events soon became standing room only. I was there in the crowds, dozens of times, being inspired by the likes of Thomas McGuane, Jim Harrison, David Foster Wallace, Jim Welch, and many others.

*Back in Alaska for the Nineties, I made do with reading author biographies and interviews in the CLC and DLB collection at the Fairbanks library, where overstuffed chairs and a fireplace provided comfort and warmth throughout the brutal winters.

*After writing my own version of the Great Alaskan Novel (A Garden Path) my list of story ideas seemed more suited to MG or YA, so I began honing my craft in that direction. Workshops and residencies ensued. Over the last few years I have studied with authors ranging from David Greenberg and Stephanie Bodeen to Kirby Larson, Patricia Hermes, and Mel Boring.

*I joined SCBWI several years ago and now belong to a critique group that includes Stephanie Bodeen and Joni Sensel.

*Looking back, I can see how each of these experiences inspired me at different points in my life. With any luck (and more hard work) a young third grader might some day list my name as someone who encouraged his or her own aspirations of becoming an author!
Posted by Mark at 8:14 AM 6 comments:

The First Author I Ever Met

The first author I ever met was Charlotte Huck. She was about 75 by the time our paths crossed, but I credit her with encouraging me to write again after 20 years of silence. Here are ten things I remember about her:

1. She wrote Princess Furball and Creepy Countdown, among other things.
2. She was a beloved Professor at Ohio State.
3. Mem Fox and Anita Lobel were close friends of hers.
4. Annie was the name of her Sheltie.
5. She had a children's book library that rivalled any library I'd ever visited.
6. She hosted a dynamic children's book conference in Redlands.
7. African Violets sat on the windowsill of her dining room.
8. She had a wicked sense of humor and said "Oh Spit," when she messed up.
9. She loved children's literature and its writers.
10. She was generous with her time and talents.

I think of her often and thank her for pushing me forward.
Posted by Diane Adams at 5:16 PM 7 comments: