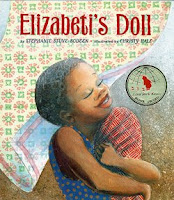 Elizabeti's Doll written by Stephanie Stuve-Bodeen and illustrated by Christy Hale is featured today's edition of our Children's Book Podcast Just One More Book!! -- an internet radio program about the children's books we love and why we love them.

Description:
"Just One More Book!" is a thrice-weekly internet radio program which promotes and celebrates literacy and great children's books. Each weekday morning, we take a few minutes out of our morning coffee ritual to discuss one of our many favourite children's books. We also feature weekly interviews with authors, illustrators and experts and enthusiasts in the areas of children's literature and literacy as well as listener-submitted book reviews.

MY CHANCE TO BE PUBLISHED 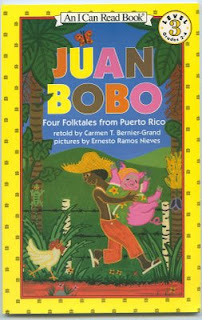 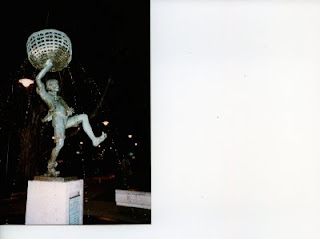 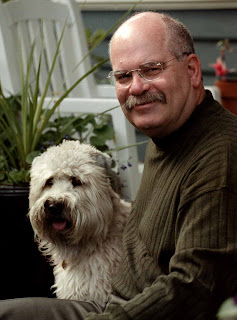 When I began to write in 1980, publishers in the United States rejected my stories in Spanish. But I wasn't about to give up. I wrote a story in English and sent it to the Willamette Writers Kay Snow Contest. To my surprise I won! The judge of the contest was famous author of children books Eric Kimmel. I asked him what were my chances to get published. He answered, "Why don't you write stories that you heard when you were growing up?" Eric meant folktales, his speciality. He also knew something I didn't. This was the beginning of the multicultural movement in children's books. Educators were begging publishers for books that represented their students. I don't believe in the word "multicultural" as it is sometimes used, because everybody has a culture. Multicultural includes everybody. Multicultural books are about everbody and for everybody. But in the early 1980s educators had a need, and I was in the right place at the right time thanks to Eric Kimmel.
Posted by Carmen at 2:15 PM 2 comments:

Honest Advice from a Teacher and Friend 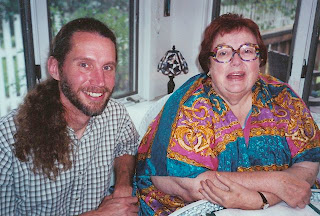 Over ten years ago I signed up for a writing class led by the prolific children's author Judy Delton. I was working on a story for children and thought the class would give me the encouragement to finish it.

As I read the first chapter in class, I kept thinking about the praise that Judy would give me and how fired up I would be to keep writing my Newbery-winning novel. How could she not like this story? It incorporated bullying, latchkey children, gun control, divorce, and anger management, all wrapped up around a central theme of realistic fantasy.

When I was done, Judy took off her brightly colored glasses, looked me in the eye, and said, "David, that was so...boring. It had absolutely no sparkle. Did you notice that the rest of the students were watching the clock, hoping it was time to leave?"

I did not go home and finish the novel.

However, I did not quit, either. After all, I had paid for this class and I was going to get my money's worth of critique from this woman, even if she didn't know what she was talking about. A few weeks later I brought along a light, fluffy piece of writing I had done and summoned up the courage to read that.

When I was done reading, Judy took off her glasses again, looked at the rest of the students, and said, "Isn't it a shame about David. What he wants to write is Great Literature, but what he's good at writing is funny stories like this."

And Judy was right. I did want to write Great Literature. And my idea of Great Literature was deadly serious writing that tackled as many social issues as possible. Judy taught me that there is nothing wrong with writing humor, and that it is no less worthy than serious drama.

In Christy's blog she cited Amy Novesky's advice to write the story you want. I think that's great advice. But it was also good for me to hear honest reaction to my writing, and to be told that something was not working. Without Judy's blunt critique, I might still be stumbling my way through that dreary novel that no one would ever want to read. Instead, I tackled a serious topic in my first novel, but did so with the light, humorous touch that feels natural to me.

Be true to your own writing voice, and not the voice that you think you should be using. That was Judy's message.

Thanks, Judy, for helping me find my voice.
Posted by David LaRochelle at 4:55 PM 6 comments:

I knew Lee & Low wanted a book about the artist Isaumu Noguchi, but couldn’t figure out how I could begin to fit his long and productive life into a picture book format. The son of a Japanese poet and Scotch-Irish American mother, Noguchi had a traditional academic training in sculpture, but he experienced an “aha!” career-changing moment upon seeing the work of Brancusi in a New York gallery. The streamlined form accomplished what poets achieved in their work, a paring down to essence. With this in mind, my instinct was to be spare and lyrical in my approach. I wrote, rewrote, and rewrote, submitting many versions to Lee & Low. I am incredibly thankful for their patience and encouragement while I floundered, trying to find my voice and my story.

By “chance” (ha!) a friend invited me to an SCBWI workshop where children’s book editor and writer Amy Novesky was speaking on revision. Her talk was helpful, but more, as Amy spoke about her own work, also creative non-fiction, I liked her sensibility, and began to wonder if I could contract her editorial assistance. I’d like to make a plug for this approach. It was completely worth every penny I spent, to get a professional editor/writer to focus on my work. In-house editors receive too many submissions to take the kind of time and care I craved before acquisition.

• Write the story you want to write. Write it in a way that inspires and impassions you. Even though my manuscript needed an overhaul, Amy helped validate my approach.

• Make every word count. With a minimalist style I needed to make sure every phrase, every thought was essential to advancing my story.

• Simplify your phrasing. Know what you are trying to say. My writing was too vague and sophisticated, forgetting my young reader. This advice helped me to be more concrete.

Ironically, Stephanie’s post was about getting words on the page (lots of them), about engaging in the process of writing without a critical filter. This post is about eliminating words, bringing back the critical filter. This can only come as a follow up to Stephanie’s important advice. Once the words are there the writer can begin like a sculptor, like a poet, to cut away excess to find the form.

The Most Useful Writing Advice I Ever Got....

In 1997, I had just signed the contract for my first picture book Elizabeti's Doll. So, all of a sudden, I was a writer, except I didn't really know what a writer was supposed to do. I signed up for a writer's workshop my town was having. The speaker was Peter Brandvold, a teacher at the local community college who had recently published his first couple of Western novels.( And since then has a bucketload of novels.)
He began talking about his writing routine, which included a piece of advice that would end up driving my writing process for the next decade and beyond. He said, "I always try to get in 1000 words a day, even if it's not very good. Because it's a lot easier to revise bad writing than to revise a blank sheet of paper."
Yeah. It is so true.
So, even on days when I feel like I am writing complete crap, I will still do it. Because within that day's work, there will always be something, maybe a sentence or two, a word, or even simply an idea, that is worth keeping.
And it makes those days of lousy writing seem not too lousy after all.
Posted by Stephanie at 7:28 AM 2 comments: