A Rock for a Seed 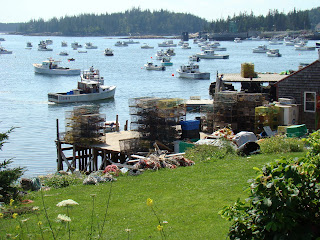 Next week my husband and I will drive up to Maine. On Friday morning we'll board a ferry in Rockland to cross 15 miles of West Penobscot Bay to reach Vinalhaven Island, where I plan to immerse myself in the atmosphere, setting, and voice of my novel-in-progress, get to know my characters, and weave the plot that will bind them together. 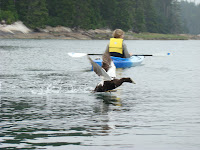 It was three years ago that we first went to Vinalhaven, although we have explored and loved the rugged coast of Maine for nearly thirty years. One day while paddling our kayaks on the Basin (a nearly enclosed tidal "lake" rich with wildlife), we came across a dilapidated fisherman's shack perched on a boulder just above the water. 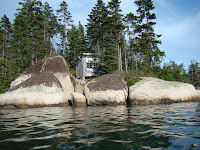 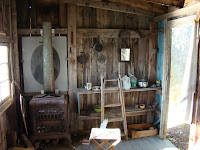 We went ashore to explore and found the door of the shack open. But even more intriguing than the shack was an inscription chiseled into a nearby rock. It was actually more of a poem than an inscription, one that started strong and clearly etched, but faded into rough granite, leaving a mystery to be solved. 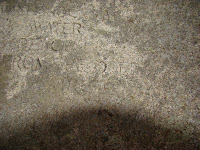 And from that rock, a seed of a story germinated...
Posted by Edie Hemingway at 6:10 AM 11 comments:

A Tiny Seed that Bloomed I missed my elementary-school friend Hilcia. Where had she gone for middle-school? San Juan, Puerto Rico? New York? I began to write about her. But somehow Teresa wasn't me. Life separated Hilcia and me--not prejudice or social class. I changed Hilcia's name to Ana. And Ana wasn't Hilcia. But Ana's skin, like Hilcia's, had the brown shade of a níspero, the fruit I loved because it had the taste of brown sugar. The seeds of the níspero were almond shaped--like Ana's eyes! So dark that it was impossible to see her pupils. I missed Hilcia as much as Teresa missed Ana. That internal seed bloomed into In the Shade of the Níspero Tree.

Years later a man read my website. He knew Hilcia! She had gone to middle-school in New York and had lived in Argentina. Now she worked at the Cultural Institute of Puerto Rico.

Soon I travelled to Puerto Rico to see Hilcia. Our friendship is still blooming.
Posted by Carmen at 12:06 PM 7 comments: 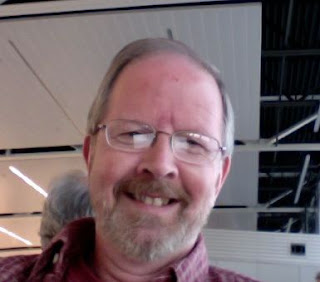 Through the wonders of the Internet and laptop computers, I am at the Indianapolis Airport, waiting to board my flight home after a wonderful trip to Cape Cod and Boston (an early 50th birthday gift from my good friend Gary). It's my day to post a blog entry, and I thought it would be fitting to describe the seed of inspiration for my young adult novel, ABSOLUTELY, POSITIVELY NOT, especially since it involves my friend Gary, who is pictured sitting here next to me at the airport.

Almost ten years ago Gary and I were walking around one of the lakes in St. Paul when we happened to pass a prom couple having their picture taken by their parents. Gary turned to me and said, "I hate prom!" When I asked him why he still had such a strong reaction against prom so many years after the fact, he recounted being pressured to attend prom twice, with girls. Gary happens to be gay like I am, and having to attend prom with someone whom you're not romantically interested in was not much fun.

As we continued walking around the lake, I thought about Gary's predicament. How could a teenage boy, who was not ready to admit he was gay, avoid having to take a girl to the prom? The answer suddenly seemed crystal clear: he could take a dog instead. While that might sound implausible, two seniors at my high school took mannequins to the prom, so why couldn't someone take a dog.

Excited about this idea, I went home and began writing a short story called "Taking Alice to the Prom." To make a long story short, (or more accurately, to make a short story long), that story, which was published in Cicada magazine, became the basis for my novel ABSOLUTELY, POSITIVELY NOT.

Thank you, Gary, for hating prom.
Posted by David LaRochelle at 4:02 PM 9 comments:

Looking for what isn't there

When I was an undergraduate at Lewis & Clark College taking Educational Psychology toward my teaching credential, our professor assigned papers on topics not yet studied. “Anyone can do research,” he claimed. He wanted us to do search papers. The assignment forced us to come at our subjects from different angles, ask our own questions, find our own correlations, and assert our own theories.

When I have an idea for a book, whether fiction, nonfiction, or poetry, I start by seeking what already exists related to my theme. I scout widely: read articles and books (picture books, art books, poetry collections, and scholarly works), watch films, attend exhibits, and travel to pertinent sights. I flood myself with stimulus. I take notes. I find photos or take new ones. I mull. The process takes a long time. Ultimately, I am not looking for what is. Why duplicate that in a book? Instead I am searching for an open place or hole that I can fill, a dark place to shine a light, a different question I can attempt to answer, something that has not been written—ultimately a reason to create a new book. Then I write and I sketch.

My summer was filled with writing, but in a manner that is different than I am used to creating.

The experience was interesting and more marketing that creative writing or journalism. In the process, I met scientists, astronauts, engineers and learned about diversity in the ways we think and function.

This brought me to a subject that I wrote a lecture on titled, "A Shared Landscape: Art and Dreams." The walk through this lecture was wild and woolly, and truthful as I entered into myth and its power over modern society, you--our readers, friends, family. And how inside of story there is always a common spine.

Myth does not deny things. On the contrary, it expresses life, simply purifying and returning things to innocence by offering them a natural justification. Myth's gift is a clarity which is not an explanation, more pure story at its core. As writers, the request of the myth/story is to sit in the stuff, the life that carries us and moral evolution.

Which in a quite writerly manner brings me to dreams and learning. Why do we dream? There is new evidence that considers the possibility that some dreams result from the brain's effort to educate itself, even as we sleep. The study gathered 99 volunteers, put them on virtual maze for an hour. Then half of them took a 90 minute nap. The other half stayed awake, relaxing or reading. After nap time, they were again asked to confront the maze. Those who had not napped showed no improvement. Most nappers showed improvement, but four specific nappers who reported dreaming about the maze showed startling improvement--10 times higher for maze dreamers.

Dreaming our stories is a good thing. Our stories, modern-day myth, teach all of us concepts like good and evil, of how to be the hero or heroine, to overcome the sinister villain. Time passes and story remains at the heartbeat of civilization, teaching people how to remain just and kind, even in the darkest of times.

When writing my beginning drafts of my first novel, Strong Moon Tonight, I struggled with the villain. A writing mentor suggested that I think of the meanest behavior in the world, the meanest person I could imagine. Then, I took it a step further and decided to imagine taking that villain-image to lunch, what would the villain have for desert, and why? Might they choose chocolate ice cream or vanilla? For me, in coming to understand the villain, humanity was carried into the challenge of evolution, spiritually, emotionally, psychologically, and good and evil was defined.

Throughout history people often look to heroes/heroines to help them overcome what seemed to be insurmountable obstacles and the majority of these stories of triumph are circulated through art: painting, film, and books written and read by us.

The idea behind The Compound

In the late 70’s, early 80’s, I was in junior high. The world was a different place than it is now; a safer place, for the most part, with the absence of many of today’s fears. But one that seemed to loom over our heads was our lousy relationship with the USSR, as it was called then. Supposedly the President of the United States walked around with the codes to set off our stash of nuclear weapons in case the USSR aimed their weapons at us. And my school had drills for just such an event. 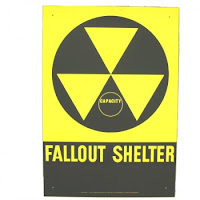 Knowing what we know now about the actual result of a nuclear explosion, it seems silly that, when our fire alarm rang, we all headed downstairs to the smelly wrestling room and crouched crowded together, waiting for the bell to ring again, signaling an all-clear. Some kids laughed, of course, until our teachers told them to be quiet and take it seriously. After all, nuclear war was a real possibility. (Not that we would survive an attack in that wrestling room.)
I was a very imaginative child and no one ever had to tell me to take it seriously. I did. I had nightmares about a nuclear war, and wondered what would happen if an attack did happen while we were at school. I wondered how long we’d have to stay down there in the wrestling room, and if I would end up with my friends, and what would happen to my parents, who were at home with no fallout shelter.
For the most part, the imminent danger of a nuclear attack has passed, although it stays in the back of my mind. Which is probably what led me to write The Compound. I did want to find out what happened in that fallout shelter. And although the one I created is much fancier, and better smelling, our wrestling room fallout shelter is still there in my mind, and probably always will be.
Posted by Stephanie at 9:44 AM 5 comments:

It's so nice to turn toward autumn and to catch up with what everybody has been up to during the summer. I had a good summer of writing where I worked on a couple of picture books, a new YA novel, and revisions on the third book in my 4 for 4 series.
I also had a good travel summer with a trip to Quebec for the wedding of a friend where plenty of poutine helped fuel after-midnight dancing, a trip to England to help my mother-in-law pack for her upcoming move to Minnesota, and a recent trip to Massachusetts for a reconciliation ceremony with family connections between Native Americans and settlers that was powerful.
The book I read this summer that had the biggest impact on me was the second volume in M. T. Anderson's brilliant Octavian Nothing. I highly recommend it to anyone who's an American or interested in America.
Posted by john at 8:25 PM 5 comments: