Lichens and the Computer 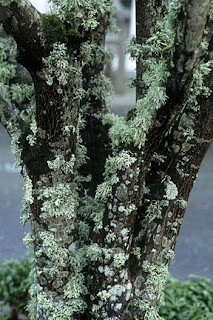 When it comes to embracing new technology, I can be a bit of a curmudgeon. I don't own a cell phone. I've never sent a text message. And I have yet to Twitter, Tweet, or Chirp, at least not with an electronic gadget in my hand. But even a techno-grump like me has to admit that technology can be a marvelous tool for the writer, even one who prefers to write the first five or six (or nine or ten) drafts of his stories longhand before typing them onto the computer.

I just finished up the final revisions for a new picture book, Minnesota's Hidden Alphabet. Unlike most of my books, this project required a significant amount of research. What a gift it was to have the information portals of the Internet as close as my computer screen. How much does a potato chip weigh? A minute or two of web surfing and I had my answer (two grams). What exactly is a lichen? Whoosh! I was transported to the Royal Alberta Museum in Canada where I found a succinct description (a symbiosis of both fungi and algae).

And it wasn't just impersonal websites that provided me with the data I needed. The Internet connected me with a lepidopterist (butterfly expert) in Iowa who helped me identify a moth, as well as a geologist in northern Minnesota who checked my facts regarding boulder migration. To have tracked down these experts by phone or on foot would have taken me days, if not weeks or months. But with the lightning speed quickness of the Internet, I was able to exchange emails with these specialists and have my answers in a relative blink.

Sure, I still checked out a small mountain of books from my local library. Nothing could match the inspiration I found flipping through the colorful photos of a wildflower identification book that I could hold in my hands. But without the Internet, I might still be trying to track down the coldest recorded temperature in the state (60 degrees below zero at Tower, MN in 1996).

I suppose that young people today take the Internet for granted, just the way I took for granted the dusty World Book Encyclopedia we had when I was growing up (and which I still have, by the way). But I'm old enough to be extremely grateful for the hundreds of hours that this technology saved me. And with all that extra time I've got...I think I'll turn off my computer and go outside to enjoy a gorgeous Minnesota spring afternoon.
Posted by David LaRochelle at 1:38 PM 5 comments: