Get Kids Reading This Summer 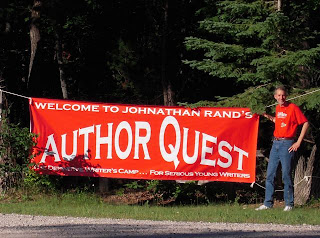 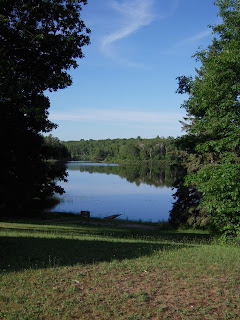 Several weeks ago I discovered a letter from 1966 that my eleven-year-old sister had written to me, her five-year-old brother, while she was at Bay Lake Camp in Deerwood, Minnesota. In bright red pen she wrote:

David,
I miss you very much. I can't wait to be home. I am not going to camp ever again in my whole life. I don't like the camp very much. I wish it was Friday at 5:00. Love Debbie. P.S. I hate camp.

True to her words, my sister never again attended camp. And whether or not it was because of her letter, I never had the slightest desire to go to camp either... at least, until I became an adult.

For the past four years I've worked as an instructor at Jonathan Rand's Author Quest: "The Definitive Writing Camp for Serious Young Writers." Perhaps "dedicated" would be a better word to describe these 10-14 year-olds than "serious," especially since the writing workshop I led this year was all about humor and was anything but serious.

What will I remember most about this year's camp? It might be the young man who had been in special education classes the year before, but received one of the camp's top writing awards for the crowd-pleasing story he had written while at Author Quest. It might be the quiet little girl who had the whole camp roaring with laughter as she read her story about the attack of the Alien Apples from Outer Space. Or it might be the young lady I've watched grow from a shy writer several years ago to the poised young woman confident to share her words with the rest of us around the campfire at night.

I'm pretty sure none of these campers wrote a letter home like my sister's. Just the opposite, when camp ended this past Sunday, there were many campers who seemed reluctant to leave.

So, how about you? What are your memories of summer camp?
Posted by David LaRochelle at 4:57 PM 5 comments: